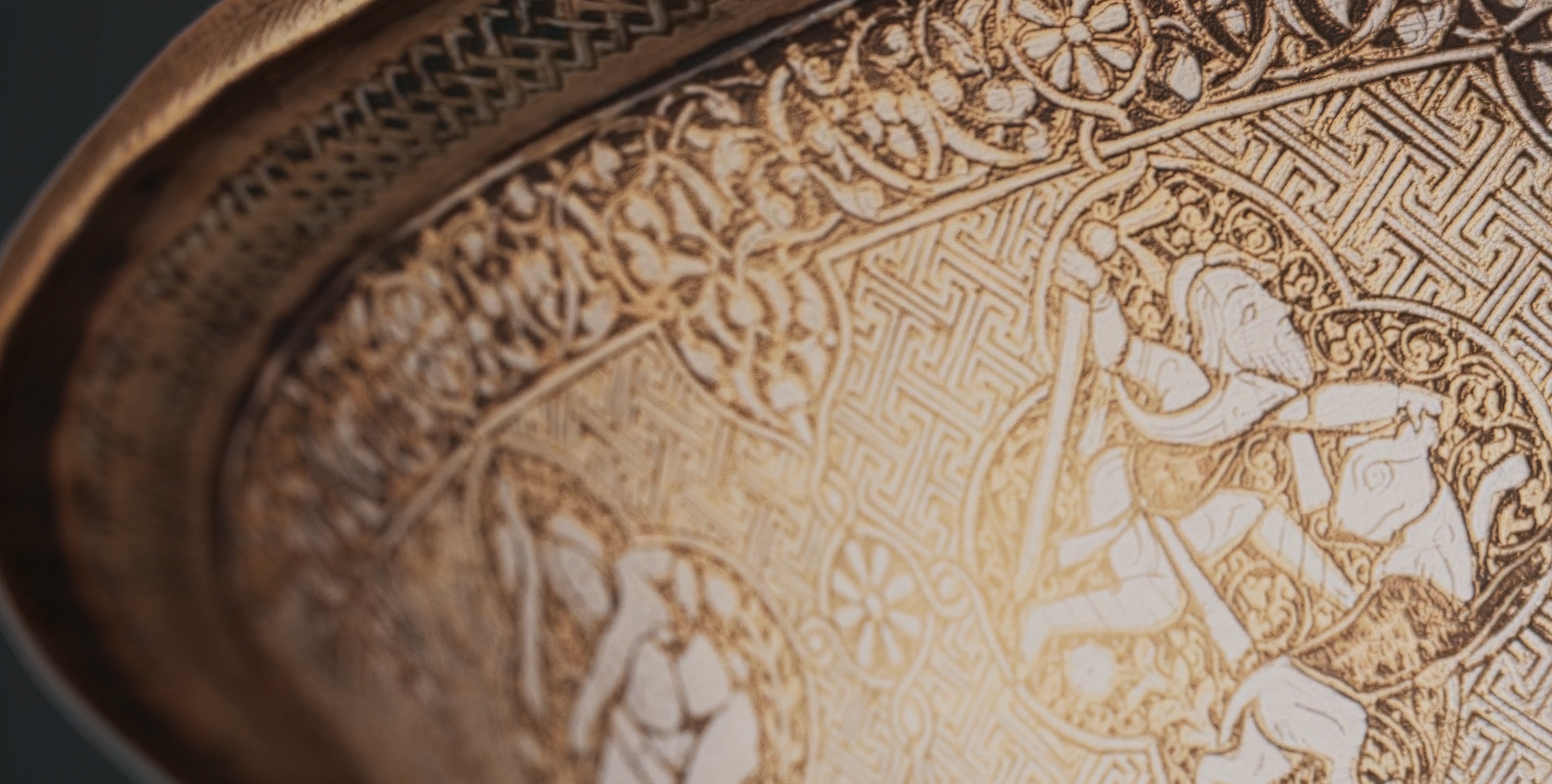 Image rendered by Iconem on Qarnot

How to use Qarnot

This section pinpoints the best practices to use Qarnot. There are several ways to send your renders on Qarnot:

Before starting to use Qarnot it is needed to create an account here. With this account, access is given to all software supported by Qarnot, and to about sixty hours of free rendering.

It is possible to use several input bucket on Qarnot doing the following command:
task.resources.append(conn.retrieve_or_create_bucket('BUCKET_1'))
task.resources.append(conn.retrieve_or_create_bucket('BUCKET_2'))
This will allow data transfer optimization from centralized storage to the Q.Box from which the rendering instance(s) inherits as only the buckets affected by the render will be downloaded.

Whenever the data can be splitted between different buckets, it is then recommended to do so.
Note: Buckets on Qarnot are mounted (by default) in /job in the Docker container that runs the render.

Qarnot’s centralized object storage service uses the S3 protocol, which means that it is possible to use any S3 compatible tool to upload data on Qarnot. For 3D and VFX studios, it is recommended to configure and use one of these tools: S3Browser, Cyberduck, s3cmdline, …

More details on how to configure these tools can be found at the end of this link.

The Qarnot Python SDK allows to start renders using only a few lines of Python code, it can be installed by following these instructions. The minimal way to launch a Blender 2.92 render on Qarnot for example is to write and execute the following script:
#!/usr/bin/env python3
import qarnot
conn = qarnot.Connection(client_token='YOUR_TOKEN')
task = conn.create_task('RENDER_NAME', 'blender-2.92', 1)
task.resources.append(conn.retrieve_or_create_bucket('INPUT_BUCKET'))
task.results = conn.create_bucket('BUCKET_OUT')
task.constants['BLEND_FILE'] = 'BLENDER_FILE'
task.submit()

Note: You can find your token in your account.

The Python SDK documentation is available here.
A few tricks can be useful to your renders:

Monitoring your rendering tasks can be done using several methods:

Qarnot provides on-demand licencing with adapted rates (depending on the software licence cost) for all available software.

Please note that rendering with your own licenses with a BYOL method (Bring Your Own Licence) method is possible and secure, contact us to know more.

When rendering with Qarnot it is possible to use the software combinations available (they are all listed in the profile list here. If something is missing, please contact us), but it is also possible to use your own custom versions of software.

In certain cases, it is possible to put your software or needed files (ocio, shaders,…) in a bucket that will be mounted on the running container. The files can then be accessed with the /job prefix where the bucket is mounted by default.

Please note that plugins are compatible with Qarnot. Their adaptation can be done using one of the methods described above.

If using one of these methods isn’t possible nor convenient, please contact us.

This section explains how Qarnot works and what happens when a user uploads data to Qarnot and sends rendering tasks.

There are three main physical sites concerned by the transfers:

What happens when a rendering task is sent to Qarnot is: 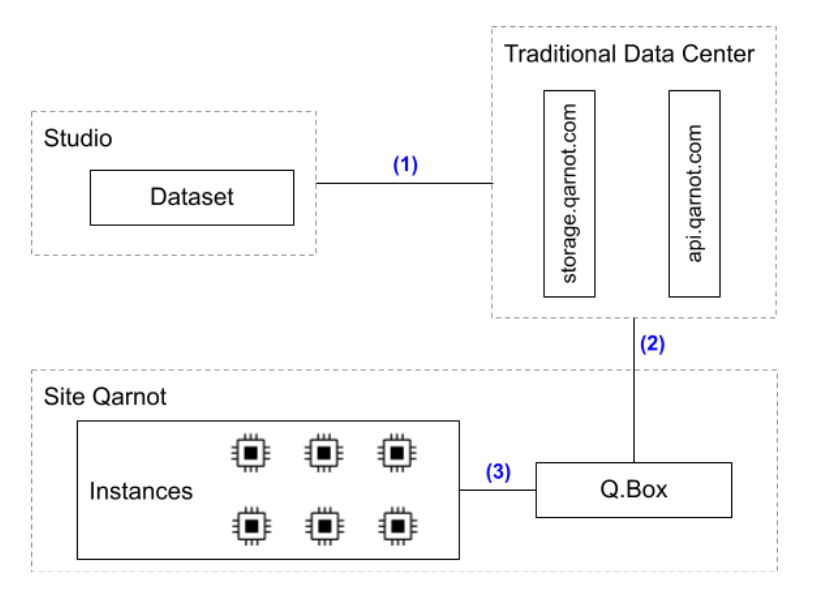